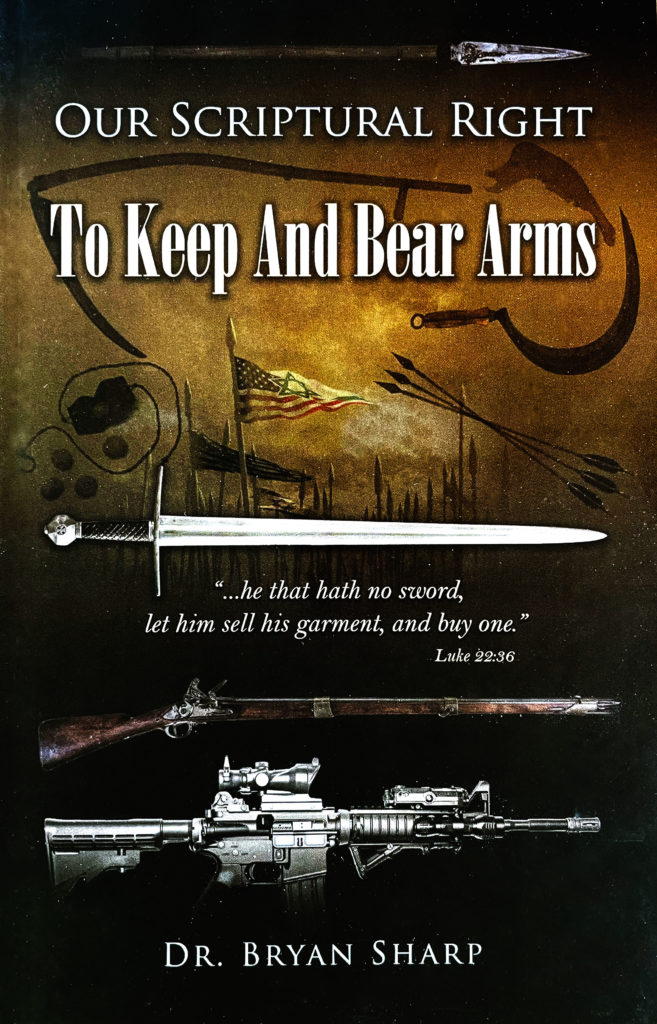 Our Scriptural Right To Keep and Bear Arms

With the subject of this book, Dr. Sharp has firmly placed one foot upon the principles of The Book of God, and one foot upon the 2nd Amendment of the Constitution of The United States of America. He has clearly shown, that where he stands with respect to our Scriptural and Constitutional right to keep and bear arms, needs to be where all true Americans stand.

If standing for the truth were an easy thing to do, there would be many more men and women doing so. Scriptural truth has always stood eternally firm, and many times it has had to endure alone.

There are those today, who have lost sight of the fact, that many of the founding principles of The USA were based on Scripture. Perhaps if more Americans understood that, and were not attempting to do away with that history, our nation would not be in such a moral decline. And because of that failure, we are at a time in our history, perhaps more than ever before, when every American needs to read this powerful book.

Our Scriptural Right To Keep and Bear Arms
by Dr. Bryan Sharp
Available as a paperback