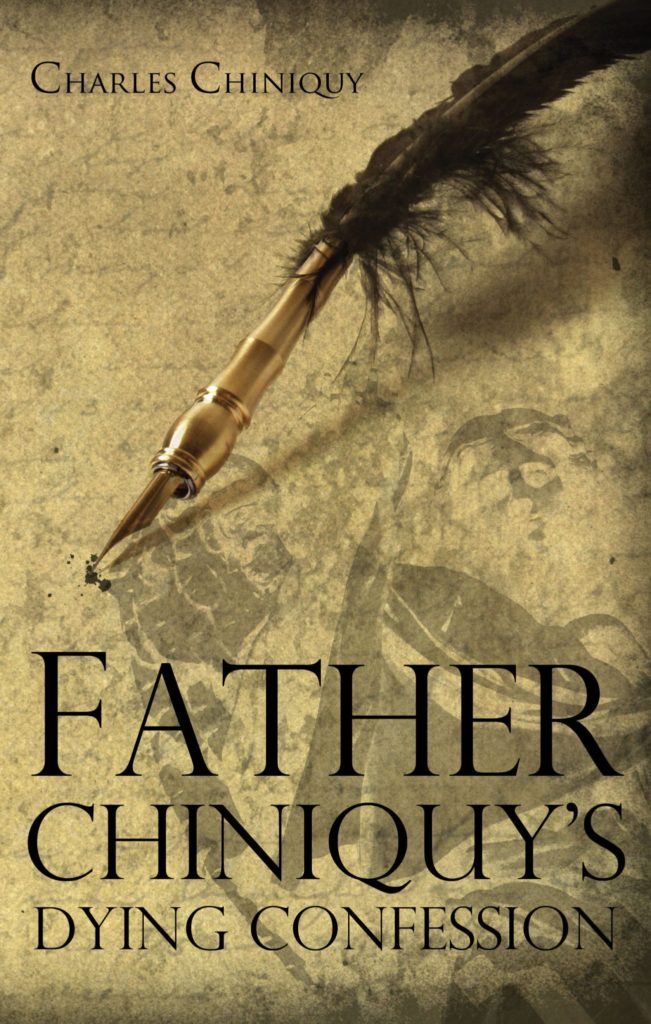 As "Father" Chiniquy came to the end of his earthly life, he wrote "—I declare here, before the Almighty God, that the following lines contain the faithful expression of the faith in which I die; and also, for which I refuse, and will always refuse, to replace myself under the yoke of the Pope or, to return to his Church, commonly called the Roman Catholic Church."