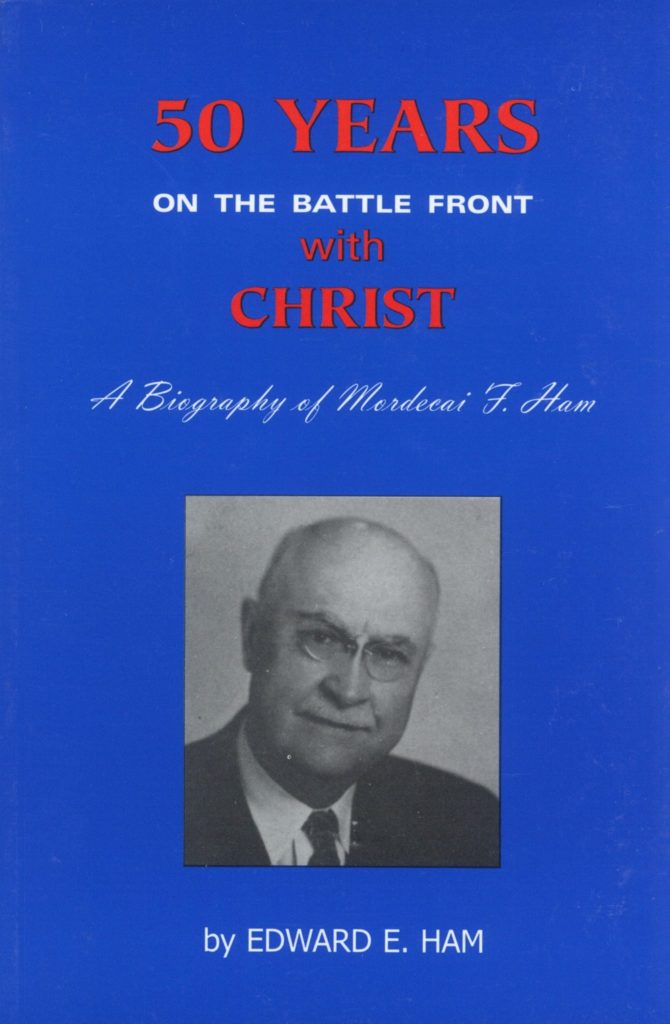 Fifty Years on the Battle Front with Christ

When Evangelist Ham preached, mockers were converted, families were restored, bars were closed, laws were changed, churches were filled to overflowing (one even advertise din the paper that no more new converts should attend as there was not room for them), hundreds were called to preach, and crooked politicians either repented or feared the consequences. When some resisted God's work, God withdrew His grace in answer to Ham's prayers and God's judgment fell.

Every Christian needs to read this book to learn of the "old time religion," a time when Christianity changed the world instead of the world changing Christianity. Preachers need to read it and plead, "Do it again, Lord!" Ham's God is our God!

Fifty Years on the Battle Front with Christ: A Biography of Mordecai F. Ham
By Edward Ham
Available as a Paperback.