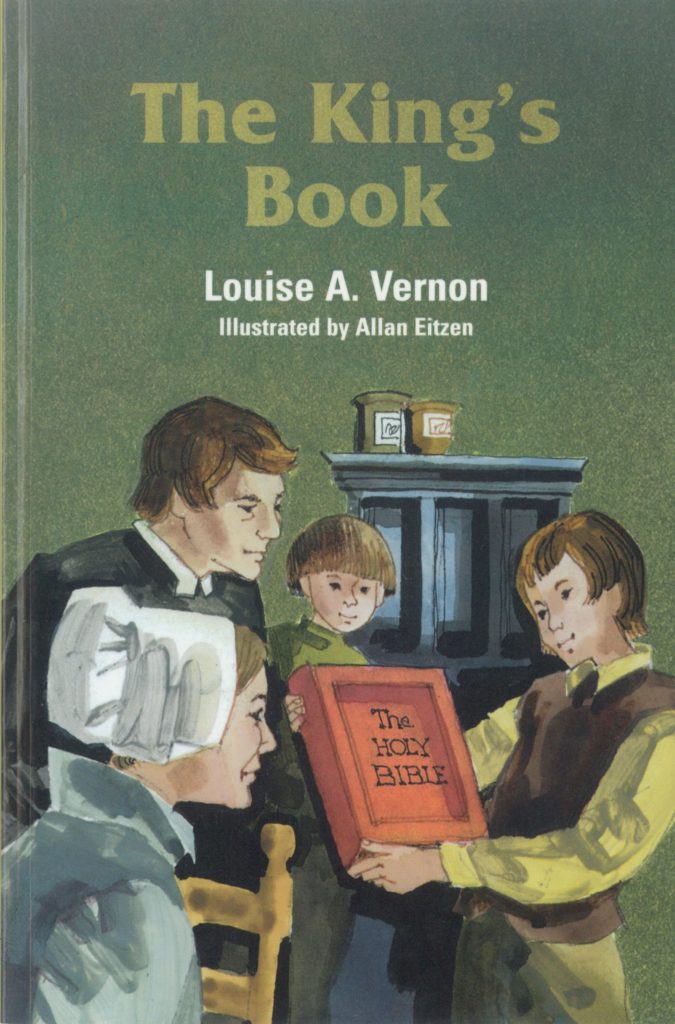 The King James Bible is surrounded by a mystery. Everyone wants to know—who is the secret editor who published the work of 54 different translators?

Before Nat Culver finds answers to his questions, he is plunged into a series of baffling incidents. His father, one of the translators who worked on the new Bible, has a secret enemy. Nat sees his father falsely accused as a traitor and wants to know who is doing this. Could it be that another translator is jealous of Nat's father? Or is this all about the recent Catholic uprisings?

With the help of Button (servant to the right-hand man of King James himself) Nat discovers his father's enemy and why this man is a fanatic. Along the way, Nat also discovers more about the Bible than he ever thought possible.

The King's Book
by Louise A. Vernon
Available as a Paperback.