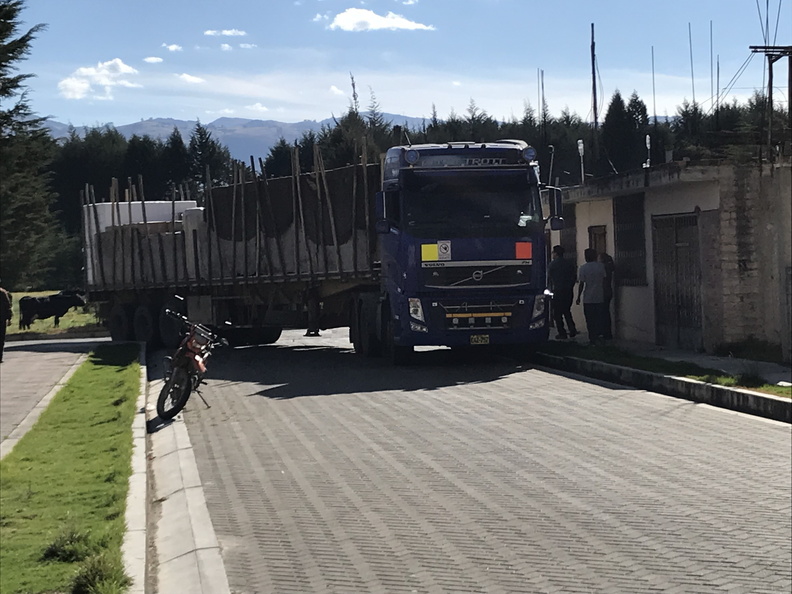 In 2010 Missionaries Don and Carla Rich of Cajamarca, Peru became the VBP distributors of the Spanish Bibles in South America. Since that time VBP has printed and shipped four containers of 25,000 Bibles each for a total of 100,000. Brother Rich has used his contacts and distributed every one of the first 75,000 Bibles to missionaries and national pastors in all of the nine Spanish speaking countries of SA, with a combined population of over two-hundred-million souls. Brother Rich said many of the Bibles went to churches where the pastor was the only person who owned his own Bible. There are reports of grown men crying as they held their first Bible.

We have just completed the fourth printing and shipped the most recent 25,000, for a total of 100,000 Bibles for SA. This shipment left the VBP print shop on June 26, 2019 and arrived in Lima, Peru on July 30. The Bibles were then off-loaded to a truck and delivered five hundred and fifty miles north to Cajamarca on August 4.

Brother Rich now has the Bibles and is busy filling the many requests coming in every day.

Because of you who support VBP prayerfully and financially, all the cost for printing and shipping the Bibles is paid in full. Thank you and may God bless your labor for Him.