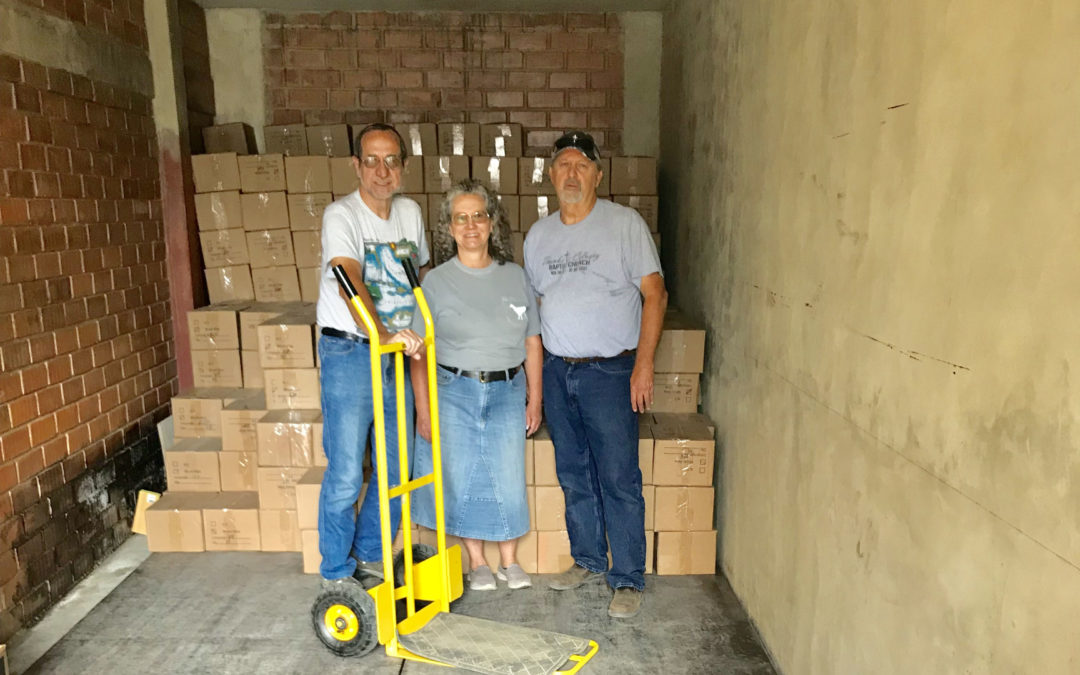 The continent of South America is made up of thirteen countries. Nine of those countries are Spanish-speaking, with a total population of more than two-hundred-million people. Many of them live in abject poverty and would never own a Bible unless someone provided it for them. In 2010 missionary Don Rich became VBP’s distributor of Spanish Bibles in South America. Since that time VBP has shipped four full containers to Bro. Rich, for a total of 100,000 Bibles. The last container was delivered to Bro. Rich on August 4th. September 17, he sent this new update.

“I can’t help but be amazed at how God continues to work in the Bible ministry. We have now crossed the 3/4 mark in distributing the 25,000 Bibles in just 6 weeks! There are comparatively few cases left, around 540. We are still receiving several requests daily. At this rate, there won’t be any left soon. Notice that there are so few left that you can see the back wall in the distribution building! God is good, and His Word is going out!

“I expect to be sending out several more cases this week. I will be amazed if I have any left when I leave for the US in less than 6 more weeks.

“Worth Johnson and Ken Benge have been down here for 2 weeks while we delivered Bibles to the jungle capital of Iquitos, and I also taught a group of 30–35 pastors at a coastal city last Saturday.

“Here are the numbers to date: 1,256 of the 1,798 cases have been distributed. That is 17,584 Bibles. That doesn’t include the 18 cases that we coordinated with you to have picked up and sent to Venezuela.

“God continues to bless, and we are so glad to be a part of making His Word available.”

The previous update came from Brother Rich just two days ago, and already we have received another report from him of 137 more cases, containing fourteen Bibles each, that have been distributed.