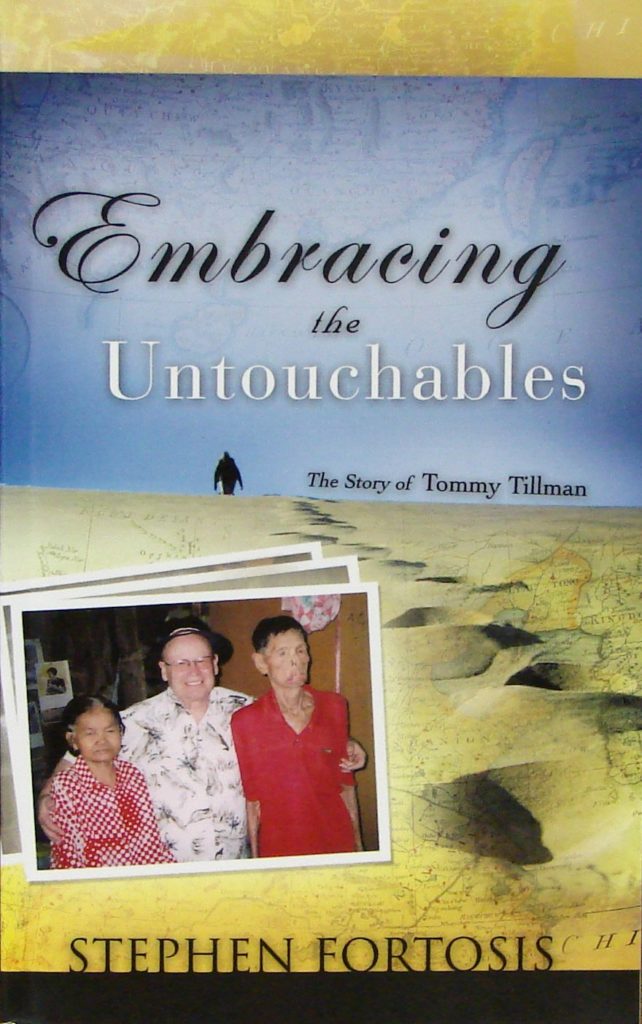 Communist seamen were docked at U.S. ports, but no one was reaching them with the gospel.  An Indian tribe in Central America was being taught that salvation came through the church and their good deeds.  Thousands in leper colonies in Thailand were not only losing their limbs, but losing all hope, because no one seemed to care.  Thai children of lepers slept in sewers, and Thai orphans were often sold as sex slaves.  Thousands in pro-Communist Mongolia had never heard that Jesus died for them too.  One man emerged to bring these people hope through demonstrating Christ's compassion and presenting to them the Gospel.  This man was Tommy Tillman and you simply must read his story.

Embracing the Untouchables:
The Story of Tommy Tillman
by Stephen Fortosis
Available as a Paperback.