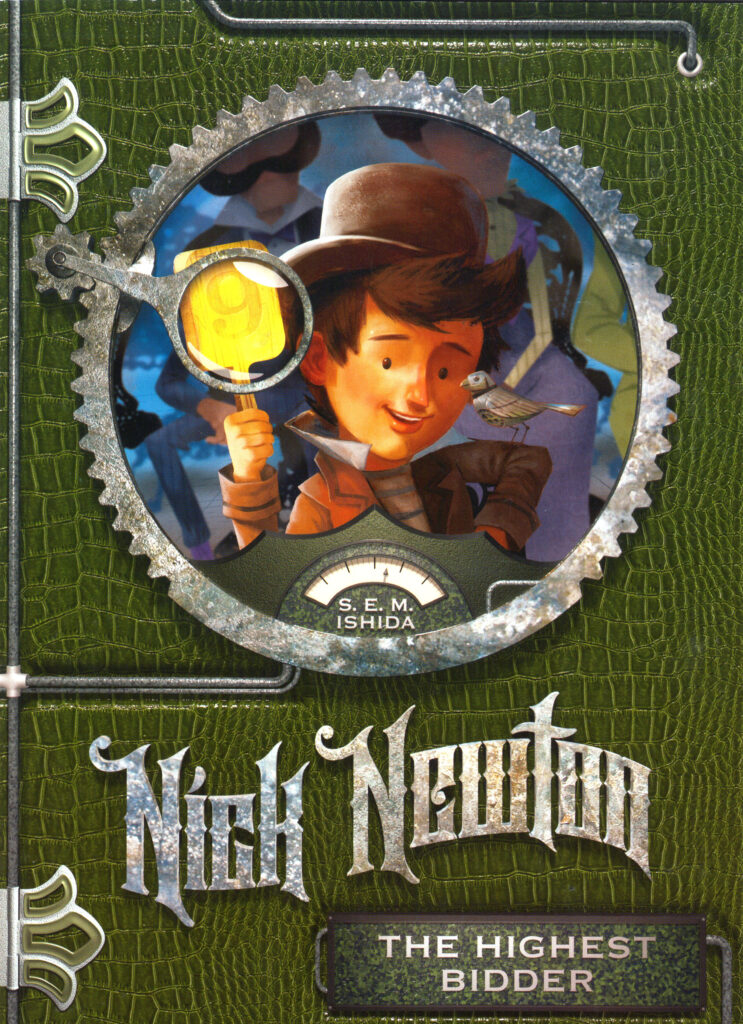 Nick is a merely average boy from the country of Thauma. But since rebuilding Plink, his clockwork bird, learned there is a lot more to average than meets the eye. In this thrilling sequel to Nick Newton is not a Genius, Nick dodges mechanical baby strollers, fencing sisters, and auction bids, all as he's trying to help his friends put his android back together. If all goes well he might even make a few new friends.

Nick Newton: The Highest Bidder
by S.E.M. Ishida
Available as a paperback