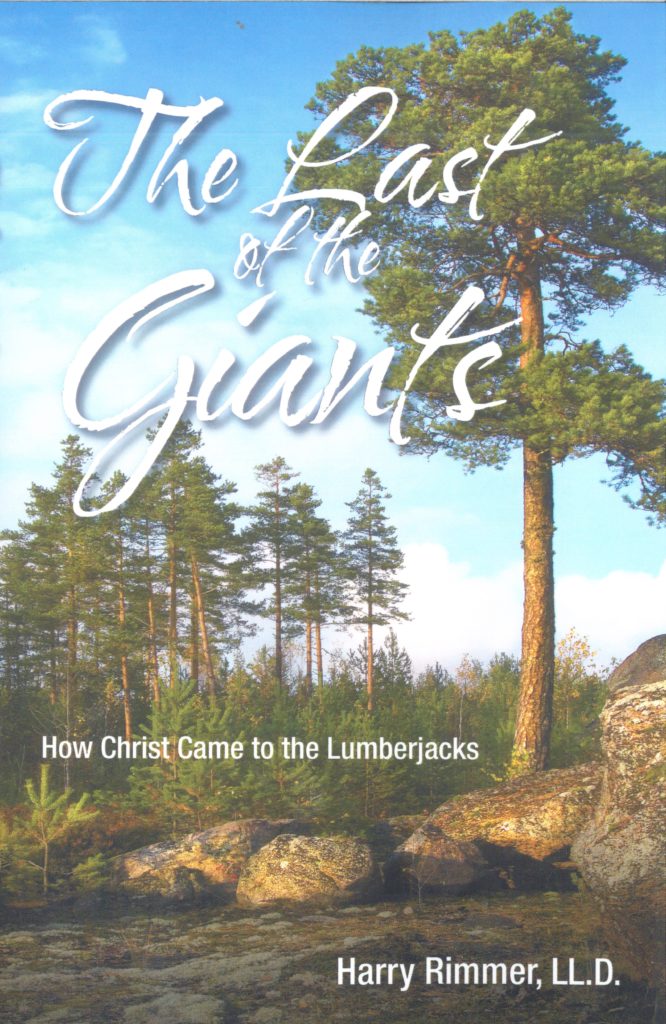 The Last of the Giants

In its early years, Duluth was a gold mine for lumber barons. Men were employed as lumberjacks and worked like beasts, only to be tossed aside liked used equipment when no longer needed. The grand forests were raped for their prime timber, the balance burned wastefully. The men were course and hard, but they had to be to survive. More than any other people that ever lived in our land, these old-time lumberjacks could truthfully say, "No man cared for my soul."

That is, until God sent three men to the great Northwoods of our country - Frank Higgins, John Sornberger, and Al Channer. These men blazed new trails of the Spirit and founded an empire for God. They reached a sector of humanity for which no spiritual work had ever been done before, storming the Northwoods with a consuming passion for Christ. And with that passion, they also brought a heart as big as all outdoors, a love for men that burned like a flame, and a desperate desire to see these men saved.

The Last of the Giants
by Harry Rimmer
Available as a Paperback.