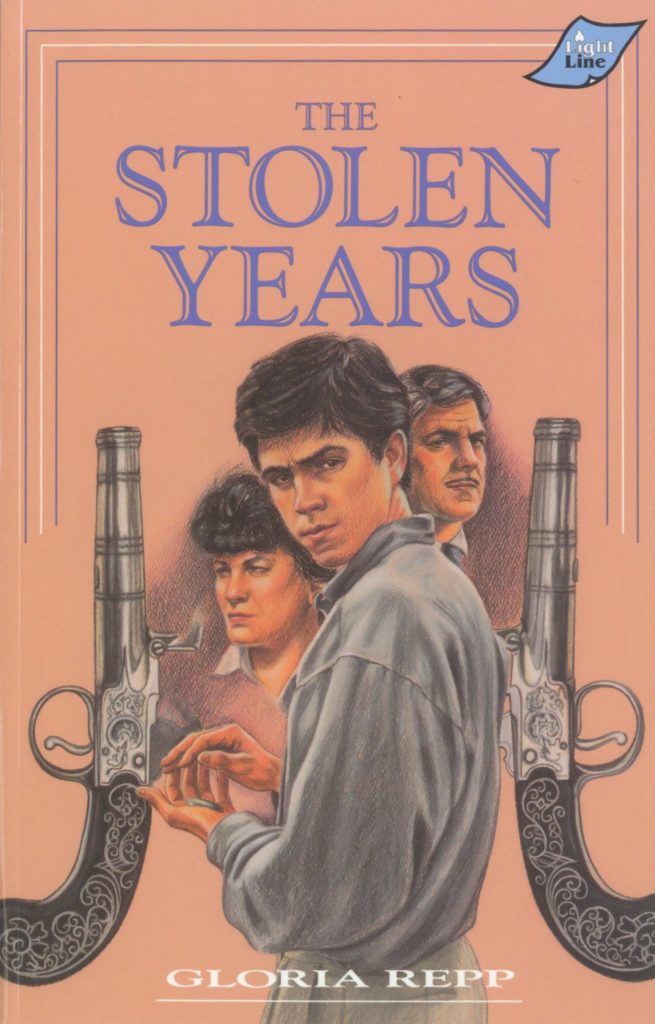 David Durant and his sister Susan arrive in St. Louis at the invitation of a cryptic letter given to him by an aunt before she died. Instead of the welcome he had hoped for, however, he faces an embittered grandfather, the mysterious disappearance of his family's silver pistols, and the fear-filled memories evoked by a small airplane named 55 Charlie.
As David searches for the pistols and wrestles with his private fears, he learns about trusting God—first to take control of his life, and then to heal the bitterness of the years that have been stolen from them all.
Want to read the next one? Night Flight is also available!

The Stolen Years
By Gloria Repp
Available as a Paperback.